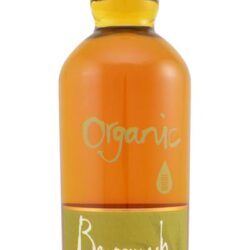 The distillery was originally established in 1898. It then led a chequered career of mothballing and periods of inactivity as has been the case with many Scottish distilleries. Finally in 1993, it was purchased by the highly-respected and well established firm of independent bottler, Gordon & MacPhail which are now in the fourth generation of Urquhart family ownership. After a period of extensive refurbishment, the first distillation under new ownership was in 1998 and the first single malt released was Benromach Traditional in 2004.

The Benromach style is pre-1960’s Speyside from the days when all maltings were fired by coal and the addition of local peat. This gives the whisky a light touch of smoke, perhaps best described as bonfire smoke rather than the more tangy seaside flavour of Islay. Scottish Barley, locally grown and peated at 12 ppm, is blended with the pure soft waters of the Chapeltown Springs from the Romach Hills behind the distillery. Only 1st fill Bourbon and Sherry barrels are used and storage is in traditional dunnage warehousing. All distillery operations are performed manually and as with everything the Urquhart family turn their hand to, absolute quality and fine craftsmanship are guaranteed.