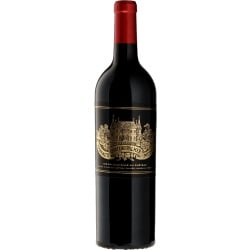 Château Palmer is a wine estate located in the Margaux appellation of the Médoc. It was ranked as a third growth in the 1855 Bordeaux Classification, although for many decades it has been consistently rated as one of the best wines in the region. Unusually for the Médoc, Château Palmer usually has as much Merlot as Cabernet Sauvignon in the blend (along with a small amount of Petit Verdot), which helps give the wine a fleshy and generous structure. It can be drunk young, but will also reward long cellaring.

The Palmer vineyards cover 55 hectares (136 acres) in the Cantenac commune, mostly on a plateau of thin gravel on the edge of the estuary. Vines are densely planted, as is the habit in this region, to ensure competition between vines and promote deep root systems. Fermentation takes place in stainless steel vats, and different plots are vinified separately to give the winemakers control when it comes to blending. The grand vin undergoes around 21 months of barrel aging, with up to 60 percent new oak.

Alter Ego de Palmer was introduced in 1998 as a stylistically different counterpart to the grand vin, rather than a second wine. It is more fruit-forward than the grand vin, and is made to be approachable in its first few years after bottling. The previous second wine, La Réserve du Général, is no longer made, and any components which would previously have gone into it are now sold off in bulk. Annual production is around 12,000 cases of Chateau Palmer and 7500 cases of Alter Ego.

Château Palmer was once part of the d’Issan estate, and takes its name from Major General Charles Palmer of the British Army, who bought the land in 1814. He developed it considerably and gained a strong following for the wine in England. Since 1938, the Sichel and Mähler-Besse families have been major shareholders.