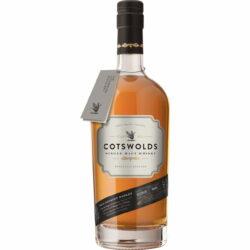 It all started back in 2014, when our founder Dan, a native New Yorker and whisky connoisseur, had moved to the Cotswolds after working in finance in London for many years. Seeking to leave behind that world and spend more time in the picturesque countryside of the Cotswolds with his family, it eventually dawned on him that he could combine his love of whisky with his desire to start a new business. A dedicated whisky fan, Dan saw the fields of golden barley around his house in the Cotswolds and had a brainwave ‘I suddenly thought, there’s barley all over the Cotswolds and nobody’s distilling it, let’s be the first!’

Having found a derelict site near his house, he set about building a distillery and a team to run it, and the doors of the Cotswolds Distillery opened in July 2014.