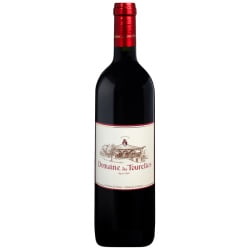 Grape vines were introduced to Lebanon’s Bekaa Valley in the 19th century when the country was governed by the French. Domaine des Tourelles is the second oldest winery in the Lebanon and celebrated its 150th anniversary last year. The current winemaker is Faouzi Issa, whose CV includes stints working at Chateau Margaux and with Rene Rostaing in the Rhone Valley. One of the estates strongest assets is its old vine Cinsault which is bottled as a single varietal as well as being a major component in their red blend. Farming is organic although Issa is dismissive of organic certification.