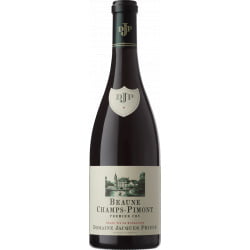 Vintage 2011,very early ripening!
After an early 2011 winter that was rather mild and dry, spring arrived by the end of March. Summer-like temperatures gave way to an extremely fast leaf growth.
Bud burst occurred within a few days by the beginning of April, which is three weeks earlier than the average of the 1994-2010 period.
Starting from the end of March, a hot, dry weather settles for three following months. This stimulates explosive and very quick flowering from the third week of May, more than two weeks earlier than usual.
Weather conditions change drastically after the 14th of July bringing autumn rain and cool air.
Veraison starts during the second half of July, but the maturation drags! The vineyards though remain in a healthy condition.
Despite the fact that the exceptional spring advance in growing season was lost, the harvest starts in the end of August and lasts until mid-September, thanks to the return of a beautiful, dry, sunny and very mild weather.
This sunny weather during harvesting, allowed us to optimize picking date of each plot and to wait patiently until the grapes mature perfectly.
At Domaine Jacques Prieur, harvesting began on the 30th of August.