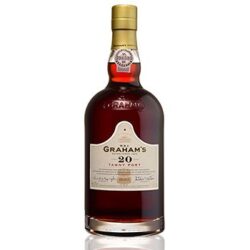 The story of Graham’s is the story of 2 Scottish families: the Grahams and the Symingtons. The company was founded by brothers William and John Graham in 1820 with the ambition of making exceptional Port wines and they rapidly became one of the most highly regarded producers. In 1882, Andrew James Symington sailed from Scotland to Porto to work for the Graham family, thus beginning his family’s long association with this famous house. Although he left Graham’s shortly after to establish his own port business, his grandsons acquired the company from the Graham family in 1970 when it was offered for sale. The Graham’s 1890 Lodge in Vila Nova de Gaia is a state-of-the-art visitor centre, containing 15,000 seasoned oak casks, some over a hundred years old and cellars containing bottles of rare Vintage Port from every decade since the 1890s.