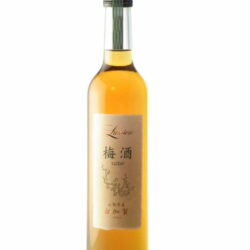 Established in 1885 by Tokugi Furiya, Japan’s oldest winery is now run by his great great grand daugher, and remains a family-owned continuously operating for 130 years in Yamanashi prefecture. Surrounded by mountains and rivers, Yamanashi is the most famous and spectacular vineyard region in Japan with Mt Fuji its greatest attraction. Lumière’s vineyards are very special, located in the area of alluvial fan, providing preferable soil (that is
grassed covered) for vine cultivation. In 2008, the winery was awarded with Japanese Imperial Warrant and often served at all the official receptions.