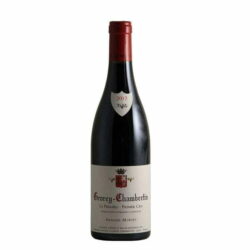 Domaine Denis Mortet is one of the most important indicator wineries in the village of Gevrey-Chambertin. The late owner, Denis Morte, studied under Henri Jayer. With his excellent wine quality and winemaking style, he has gradually gained international popularity and has become a big player in the American market. popular. In 2000, his son Arnaud returned to the winery to work with his father, but Denis Mortet unfortunately committed suicide in 2006. After his death, his wife Laurence and 24-year-old Arnaud inherited the mantle and continued to run the winery. In 2013, Arnaud’s sister Clémence also joined the winery to manage the vineyard.

​ Arnaud Mortet is an exceptional winemaker and a winemaker recognized by professional wine critics, producing wines that are full-bodied, powerful, fruity, and delicate on the palate. The work in the vineyard is done by hand. He is very strict in the selection of grapes, and even has two screening stations for secondary sorting. The brewing method is gentler, and the amount of sulfur dioxide used is three times less than that of Denis. Depending on the region and the year, the aging period is between 16 and 18 months.