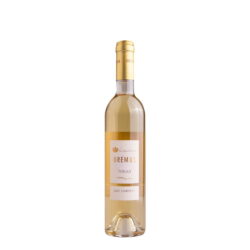 Tokaj, the wine of kings and king of wines” is how Louis XIV described it when he tasted it and the legend of the Tokaj has steadily grown over its more than four hundred year history. The Oremus vineyard was first mentioned in 1630 and today it enjoys the highest universal recognition. Having fallen into disrepute during the communist era, Tokaj’s fortunes were revived in the 1990’s with the arrival of dynamic Western European producers bringing investment and know-how. One of the first was Bodegas Vega Sicilia, indisputably Spain’s greatest estate, which in 1993 acquired one of Tokay’s most highly-regarded properties in the top-rated village of Tolcsva, at the region’s heart. Rechristened Bodegas Oremus, the winery boasts 115 hectares of “first growth” vineyard plus several kilometers — and five levels — of underground cellars hand hewn into volcanic rock. Wines have been ageing there under perfect conditions since the 12th century, in locally made, 136-liter Gonci and 220-liter Szerednyei oak casks.