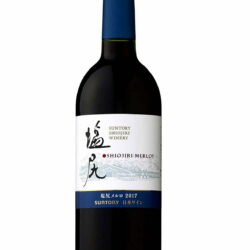 Established in 1909 by Shinsuke Koyama as Tomi Farm and later renamed, Suntory’s TOMI NO OKA winery has seen more than 100 years of wine pioneering in Japan. Firmly rooted in the Japanese terroir with a century of research and experience, Suntory’s TOMI NO OKA uses grapes 100% grown in Japan to make an impression on the world. Winning multiple international awards throughout the years, the most recent is winning the Gold Medal at Les Citadelles du Vin held in Bordeaux, France and Tomi Red 2013 is The First Japanese Wine to Win a Trophy in The International Wine Challenge 2018.