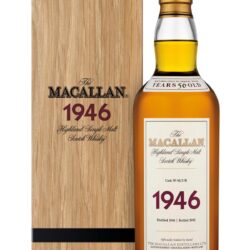 THE YEAR THAT WAS

Dean Martin and Jerry Lewis stage their first show as a comedy duo in Atlantic City, the first official Formula One Grand Prix is held in Turin, Italy, and George Orwell’s political commentary ‘Animal Farm’ is published. In the UK, Derby County beat Charlton Athletic in the first FA Cup final since 1939, while back in the US, the first Tupperware is sold in department and hardware stores.