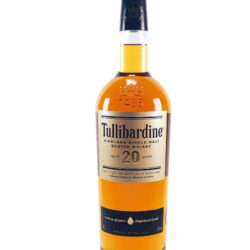 Originally established as a brewery in 1100 and famous for King James IV buying his beer there on the way to his wedding. Unfortunately Tullibardine, which was first established as a distillery in 1824, had a troubled run over the years. Mothballed in 1994 but subsequently reopened in 2003 under a local consortium. However that is all behind them now and since 2011 it has been owned by the French spirits company owned by the Picard family, Picard Vins et Spiriteux, who have injected new energy into the production.

The beautiful Ochil Hills provide the highland spring water. The flavour camp is fragrant and floral and the distillery’s reputation is on the up. The twenty and twenty five year old releases are particularly fine.