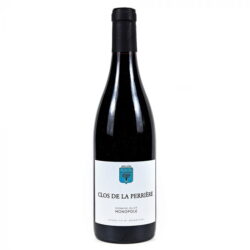 For at least 400 years, the Bérard de Loché family was to perpetuate the wine-growing tradition. Victor Bérard’s ancestor, Benoît Bérard, lived in Loché, where he was buried in 1636. Eight generations later, Philibert Bérard continued to farm the vine in the footsteps of his elders. Born in Loché on the 19th of March, 1831, he wed a daughter of Villié Morgon, a one Marie-Louise Tremblay. His older brother, Jean Benoît, born in Loché in 1829, was a wine merchant in Paris, associated with Lafont at the port de Bercy. In 1860, Philibert and his wife moved to Lyon and teamed up with a relative of theirs in the region of Mâcon. The wine merchant was then named Lemonon and Bérard. Lyon was the birthplace of Jeanne Bérard, who built the Visitation of Annecy where she was the Mother Superior. Victor was born twelve years later.

The full range is deliberately adapted to meet every occasion to enjoy wine, and to all profiles in terms of personal taste. A so-named “Classique” range which assembles the star appellations from the Beaujolais vintages, Burgundy and Rhône wines. And our “Grand Cru” (grand vintage) range for more intimate occasions, composed of the great vintages from Côtes du Rhône and Burgundy.