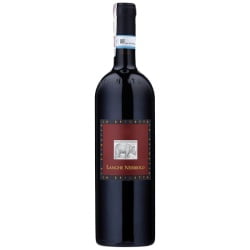 “One of Italy’s most fashionable winemakers/proprietors, Giorgio Rivetti displays a masterful touch whether he is making Barbera, Moscato d’Asti, or his proprietary red wine Pin.”－Robert Parker

Giorgio Rivetti’s pioneering single-vineyard Barberas and Barbera/Nebbiolo blend “Pin” are considered to be the best of the Langhe. La Spinetta wines are among Italy’s most celebrated, as the winery has attained the coveted Tre Bicchieri award for more than 30 of their wines throughout their relatively short career.